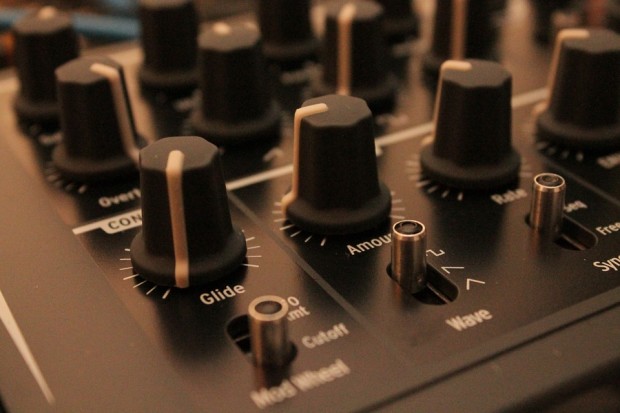 In response to Bob Kauflin’s recent post about synthesizers in worship, I agree with much of what he says (nearly everything), including the call for silence, variety, and Spirit dependence. Those are crucially important points, and I couldn’t agree more.

In my perspective, some further nuancing might be helpful in the article. Of course, the Spirit can work through physical means — just as He can work through other means. After all, we are embodied beings and certain sound waves affect us in different ways.

Too much cowbell would make us laugh. There’s nothing inherently spiritual or anti-spiritual about a cowbell, but culturally, we’ve associated cowbell with humor (e.g., SNL). Likewise, loud kick drum tends to be associated with dancing (or for others, headaches). These associations in themselves are not wrong.

As far as ambient pads go, in much of Western culture, that particular sound has been associated with contemplation, peace, and spirit. Like the sounds mentioned above, there is nothing moral or amoral about that in itself. In fact, synth sounds are used in contexts outside of worship (such as commercials) to communicate these same ideas.

For that reason, rather than comparing ambient pads to manipulation, I would compare it to the use of language. If culture uses certain metaphors (whether linguistic or not), then those metaphors can serve as vehicles of communication.

Again, I think Bob is awesome (a role model and a favorite!), and I agree with so much in his post. In my view, however, a bit more nuancing would be helpful, particularly some of the positive uses and/or more emphasis upon the fact that the Spirit not only uses spiritual means, but natural means. The Spirit’s activity is above and beyond our physical processes, of course, but neither is He absent from those processes.

Suggestions for Meaningful Worship
What Makes "Christian" Art?
RESPONSE to Defiant Churches
Back