The Purpose of Acts

The overall purpose of Acts is not to explain the Holy Spirt — i.e., as if Acts were a treatise on a single person of the Trinity. Yes, we could say the Spirit is the central character, and we can gather some theology of the Spirit from these narratives, but there is a much broader intent. After all, Acts is a narrative, not a systematic textbook. Thus, the central purpose can be worded in various ways, but most expressions will sound something like “to demonstrate the spread of salvation among all nations” or “to describe the fulfillment of God’s promise for the world” — with key parts being (1) promise-fulfillment, (2) salvation, and (3) humanity.

The outline of Acts reveals this quite clearly. By looking at the various parts — or the structure of how Acts is organized — readers can observe a geographical movement from Jerusalem out to the broader world.  Thus, Acts 1:8 serves as a central verse that provides for the entire book, and Joel 2 and Acts 2 remind us that Acts is not about charismatic gifts, but a visible demonstration of God’s outpouring to all people.  To clarify, the geographic movement is used to emphasize that God’s grace has now been extended to all kinds of people, even those who the Jews perviously thought were unclean.

That being said, we also should avoid the opposite extreme of diminishing the Spirit. Chapter after chapter, Luke describes the growth of the Church, but Acts is far more than a handbook for church growth. We can gather understanding of mission from Acts, of course, but the book should not be reduced to a how-to manual, or something that we as humans can accomplish on our own. As the “sequel” to Luke’s gospel, the book tells of God’s miraculous work, which began in Christ and continues through the Holy Spirit.  Only God could accomplish such extraordinary things, and we as readers are invited to participate in God’s incredible plan of salvation — which is not merely for a few in an upper room, but for millions around the globe. 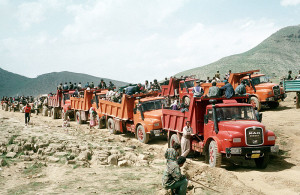 Reasons to Welcome, Not Ban

25 Reasons Why Christians Should Welcome (Not Ban) Immigrants & Refugees

How Should We Read Revelation?

To begin with, I acknowledge (and would encourage others to acknowledge) the complexity of Revelation. Amidst the varieties of interpretations, the worst in my mind would be the kind that oversimplifies and overlooks the complexities of Revelation. If we claim to understand every image or symbol without any qualification, then maybe our hubris is preceding our exegesis.

That being said, neither do I think that Revelation is beyond comprehension for the average reader — especially the average reader in the time of the Apostle John. He was not writing a “code book” with codes that could only be deciphered by religious elites in a closed room. Nor was he writing a book that a single individual in the 21st century would “decode” somehow. Neither of those options fit with the biblical version of Christianity that I know, and they sound more like gnosticism than orthodoxy.

Based on those underlying principles, my primary approach to Revelation is to ask, “What was John communicating to his original audience?” before asking, “What does this say about the future?” Of course, the two questions are interrelated, but the if we limit ourselves to future questions, then John’s text would have been nearly useless to his contemporaries. Thus, questions of the “present day” (i.e., John’s day) should remain at the fore as we read what John was saying about the future.

This leads me to read Revelation as thus: How do these texts encourage, correct, or instruct believers in light of John’s vision of the future? Or in other words, how does the apocalypse affect readers in a personal, practical, and proximate way? In answering those questions, I see Revelation as presenting the following argument: Eagerly anticipate the Coming King because certain and decisive victory awaits His faithful ones.

While there are warning passages throughout the book, the overall message is one of confidence and encouragement. No one — not the Jews, not the Romans, not the Babylonians, not Satan himself — can defeat the King of all Kings. By looking to the end, believers can be confident, avoiding temptation and remaining strong in the present age — even in the face of brutal enemies and potential martyrdom. 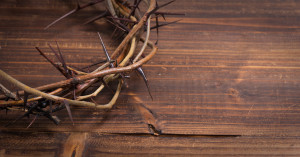 Christians, love in victory and in defeat.

Even still, if you feel defeated by recent events, keep in mind that in every situation (not only situations of our choosing), Christ taught us to love God and to love our neighbors. Those are not conditional, but unconditional commandments — and are even more applicable in times of uncertainty, challenge, and confusion. So no matter how you feel, remember that we serve a resurrected King, and in His Kingdom, true love never waivers. 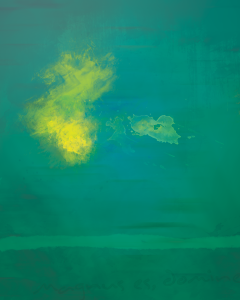 What makes Jesus unique from all other teachers or prophets?  According to Mark, John, Paul, and the author of Hebrews, here is a brief list to start:

Hark, the voice of Jesus calling,
“Who will go and work today?
Fields are white and harvests waiting,
Who will bear the sheaves away?”
Loud and long the master calls you;
Rich reward he offers free.
Who will answer, gladly saying,
“Here am I. Send me, send me”?

If you cannot speak like angels,
If you cannot preach like Paul,
You can tell the love of Jesus;
You can say he died for all.
If you cannot rouse the wicked
With the judgment’s dread alarms,
You can lead the little children
To the Savior’s waiting arms.

If you cannot be a watchman,
Standing high on Zion’s wall,
Pointing out the path to heaven,
Offering life and peace to all,
With your prayers and with your bounties
You can do what God demands;
You can be life faithful Aaron,
Holding up the prophet’s hands.

Let none hear you idly saying,
“There is nothing I can do,”
While the multitudes are dying
And the master calls for you.
Take the task he gives you gladly;
Let his work your pleasure be.
Answer quickly when he calls you,
“Here am I. Send me, send me!”