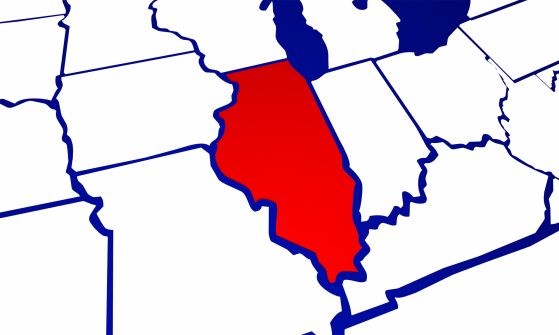 Without delving into political talking points, there are several reasons for both Democrats and Republicans to be concerned:

The new law states that the unborn do “not have independent rights under the laws of this State.” With no rights prior to birth, the legislation repeals partial-birth abortion, which basically means that the unborn can be aborted while in the process (thus “partial”) of birth. Without even considering possible pain for the fetus, basic intuition seems to suggest that such late-term practices should not be commonly practiced — and it does not require much effort to imagine how such a practice could be abused and misused. (Note: If need be, you can research the practice for yourself, but I will not post grotesque photos, since we can think about this reasonably, without the need of frightening images.)

Additionally, nurse practioners would be allowed to perform abortions, which for most of us should raise health and safety concerns. With matters of life and death (for both the fetus and the mother), it seems like we would want stricter, not looser, laws on who should be involved. Thus, whether we are pro-choice or pro-life, hopefully we can all agree on the need to protect women.

Thirdly, under the proposed law, husbands are said to have no rights in the decision, as they are essentially reduced from fathers to biological donors. Of course, safety restraints could be put in place for harmful men, but this law does not do that. In short, it is important to embrace women’s rights, while not at the same time not removing husband’s rights. With careful thought and dialogue, we can value both women and men.

Maybe the main problem, however, is the law’s internal contradiction. The irony is that it is a felony for a person to kill an unborn child — except if that person is a parent. Of course, this reveals a double standard within the law. If the unborn do not have rights (meaning no life or personhood), then it seems nonsensical to call it a felony for one party and not another. The unborn either have rights or not; legislators cannot have it both ways.

Regardless of your political party, the law goes too far in expanding these practices. In order to protect all involved parties — the unborn from partial-birth abortions, women from dangerous practices, and husbands from losing parental rights — urge your state representatives not to pass House Bill 2495.

[I won’t be able to moderate all comments, but replies that enflame others will be deleted.]

Promise in our Labor

Some of my favorite moments are when kids tell Bible stories.

Today, I learned that Noah’s family had to cut down a lot of trees and that alligators are an in-between case, but probably made it onto the ark. And then there was a rainbow to show that God would not do that again, and Noah’s family had lots and lots of kids…

But seriously, if you take a moment to listen, you can learn a lot based on what they observe. For instance, we as readers tend to jump to the “floating” part, and we often take for granted the many days of preparation that preceded the rain. Those hard years of labor required as much faith, if not more, than 40 days on the boat.

Ultimately, the story is about God’s promise and provision, not what we as human beings accomplish. But I wonder if as adults we get tired of our labor and hurry away to ease and relaxation — floating away from our troubles on a metaphorical boat — not realizing that God is with us during our labor. God was with Noah through those years of hard work, and he will be with us as well. 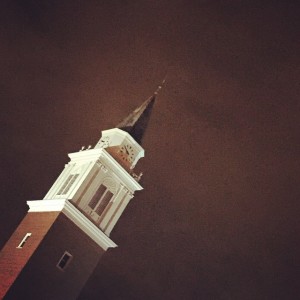 Thoughts on the Sabbath

For an audio version of the following post, click here:  https://soundcloud.com/joelpeterjupp/sabbath
_________________
I was recently asked to share my views on the Sabbath.  As I mentioned previously, this is a very complex issue, and there are many intelligent people with convincing arguments on both sides of this issue. Personally, I’ve changed my mind several times, so I can sympathize with both sides.  If the topic interests you, I’d highly recommend Five Views of Law and Gospel, by Zondervan, which treats this topic broadly (setting the Sabbath within the overall framework of Old Testament law).
To begin, the purpose of raising this issue here in this course is to demonstrate how the Old Testament and New Testament relate to each another.  The Sabbath serves as a prime example of how our interpretation of one influences (or is influenced by) the other. For that reason, you’re not expected to solve this issue within a few days, but you are expected to see how the OT and NT interrelate.
That being said, my thoughts would include the following:
That being said, forming a belief about the sabbath is relatively.  Living into the Sabbath, ironically so, is more difficult, even though it was intended to be easy.  More important than asking ourselves, “What can or can’t I do on the Sabbath?” we need to ask, “Am I trusting in God and resting in Him?” Ultimately, the Sabbath is not a calendar or a scheduling issue, but a heart issue.  In other words, are we trying to outwork God, or are we relying on Him to provide?
If you’re interested in some further reading… Abraham Heschel is a Jew who has written on the Sabbath, and it is also worth reading his thoughts on the meaning of the Sabbath.  While we would fundamentally disagree about the purpose of the Sabbath (I.e., for us, the Sabbath points to our ultimate rest in Christ), Heschel’s work demonstrates how the concept of Sabbath can be renewing and life-giving.  Obviously, the Jews have contemplated this principle for longer than some of us, so some of those insights can be applied in our Christian worldview.  Thankfully, we recognize that our salvation is not found in the Sabbath or any other regulation, but as it says in Hebrews 4, our hope is in Christ who ensures our ultimate rest.

They Deserve A Vote

Barak Obama’s shining moment in the State of the Union debate, and possibly the only memorable moment for the public, was his insistent call for a vote on gun legislation. His tactic —  repeating how those affected by gun violence “deserve a vote” — emerged out of necessity and sagacity. Here are two quick lessons that we can learn from the address:

Necessity. Polarization (whether in the workplace, home, or church) prohibits meaningful dialogue, and those who sincerely want change will seek to build consensus. While some will critique Obama’s mention of real-life victims for emotional effect, the point is that real-life issues require a response rather than no response at all.

Sagacity. Effective leadership calls people beyond where they, but never beyond what than they can handle. Our violent-ridden and blood-infatuated society does not want to deal with the deeper issues at hand, but certainly all reasonable people can agree to vote. After all, if you can’t vote, what are you afraid of?  Using subtly for effect, understatement attempts to move people toward a response.

Apart from politics, all of us can learn from the rhetoric used in Obama’s fifth State of the Union address.  Whether you are a leader, a parent, an overseer, or a preacher, the 2013 SOTU should remind us of the need for consensus and the brilliance of understatement.