(For more songs, scroll down.)

Joel Peter Jupp is an independent singer-songwriter from Chicagoland.  He has released five full-length albums, including the most recent, Breathe (2017). 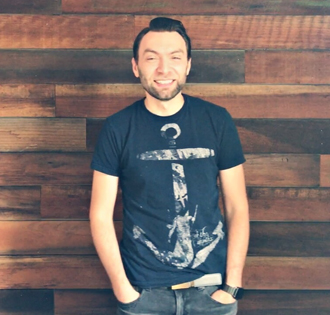 The new album faces issues like politics, love, and war.  The title track wades through the waters of prejudice, hatred, and disappointment. Echoing sentiments of the broader population, the other songs of Breathe also dig into relational and cultural divisions. Yet the album does not remain there, taking listeners on a journey marked by authenticity — complete with the ups and downs of public discourse and human relationships. Songs like “Fire Burns” warn of broken and hateful dialogue, while “Riptide” promises that community helps us face the unknown.

The album’s imagery includes a prison break, human breath, an ocean current, a cross-country ride, and a glimmering constellation.  The poetic landscape has breadth, which not only ties the album together, but compels the listener to hear all eleven tracks.  In that sense, the phrase “take a ride with me” from “California” has both literal and metaphorical meaning, since the tracks interact as a cohesive whole.

The sound compliments the poetry.  The blend of distorted electronics and smooth vocals — or analogue synth and symphonic strings — weaves together these poetic images, with influence from artists like Oh Wonder, The Boxer Rebellion, Fernando Ortega, The National, and The 1975.  Additional influences, especially for older songs like “Red Eyed” and “Between Walls,” include Bon Iver, Third Eye Blind, and The Black Keys. 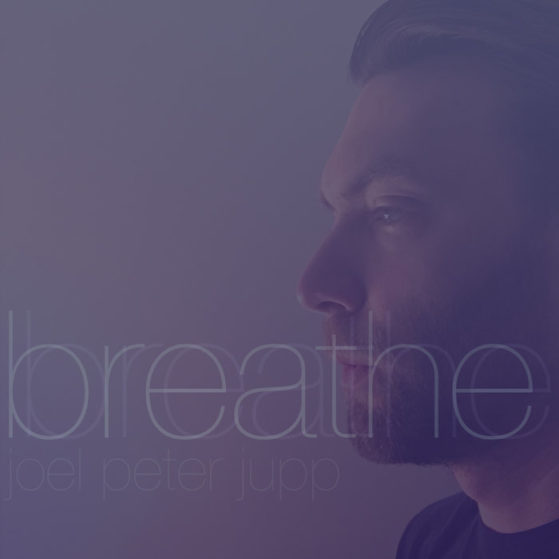 Joel invites the listener forward.  His songs often originate from moments of conflict and disappointment, ranging from the loss of a child to the everyday burdens of life. In response to these challenges, however, his songs resonate with hope.  His music hovers between the realms of heaven and earth… joy and sorrow… today and tomorrow.

Breathe was recorded and mixed in West Chicago.  The ambient sound involves layering synth and guitar, along with layers of vocal tracks.  The album also features drum work by his son, Caden, on “California” and guitar effects by Rick Tish on “This Is Our Prayer.” Mixing and mastering is part of the creative process, and Joel loves blending his acoustic palette from start to finish.

Joel leads music at LCRC, just west of Chicago, and has often helped non-profit groups, such as college groups, multicultural communities, and youth camps. When not singing and leading a band, he teaches writing and religion courses for colleges in the Chicago area.

Music reviewers can stream the album for free (Spotify, Apple Music, Tidal, etc.).  If you’d like to request a free download, you may request that using the form below — just state your publication name and the expected publication date of the review.

“An amazingly good job of portraying the pain without becoming cynical or numb, and looking for the hope that would lead people to a better way. Definitely a sleeper for the most underappreciated album…”
Brian A. Smith – Phantom Tollbooth

“Songs such as ‘White Surrender’ and ‘Crossing Fields’ blend [rock and electronica] well… Jupp’s songwriting has an airy beauty to it…the album has a relaxing groove…”
IndianapolisMusic.Net

For press, include your publication name and the expected publication date of the review.  For booking, message with dates and details.